Kingdoms War: Rebellion is a worldwide Tournament where Lords from four Kingdoms do battle.

This Tournament lasts for two days. Lords whose Kingdoms were founded more than 30 days ago can participate in it. After the Tournament is over, two Kingdoms will be named the winners.

If you are not an Order member, you won't be able to participate in the Tournament and earn points, nor will you be able to relocate to enemy Kingdoms using the Invasion item. However, you will be able to fight Lords who have relocated to your home Kingdom.

Before the Tournament notice appears, all Kingdoms are divided into groups that consist of four Kingdoms, depending on their Power level. If there are insufficient participants in the group, the Kingdom skips the Tournament. 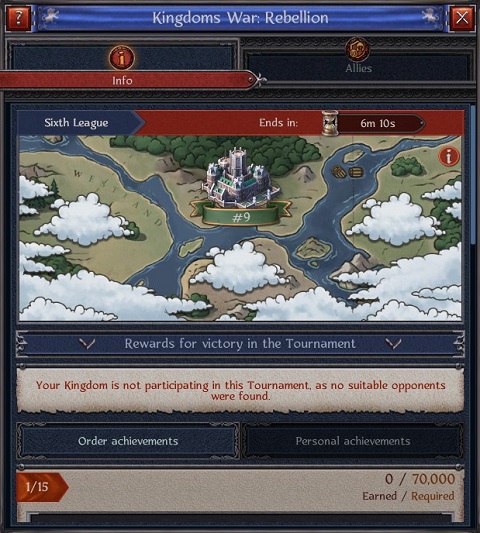