If you are an Order member, you can use the Invasion item to relocate to an enemy Kingdom during the worldwide Tournament. If the Kingdoms War: Rebellion ends in less than five minutes, you won't be able to relocate your Town.

To return to your home Kingdom before the Tournament ends, use the Return item.

You can purchase the items for relocation and return in the Bonuses tab of the Item Store or in the location info window in the enemy Kingdom. Lords who are Order members can also get them for free by opening the Tournament box in the Events window. 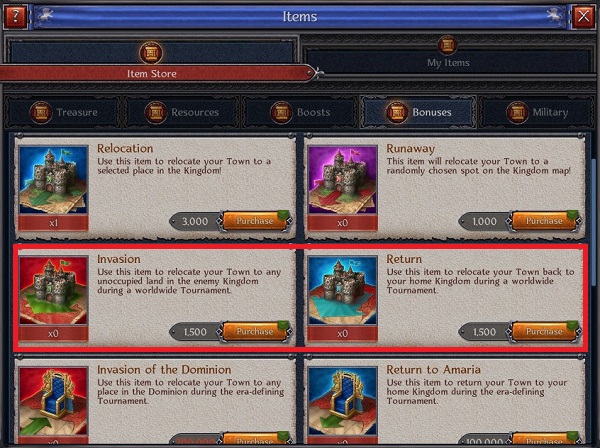 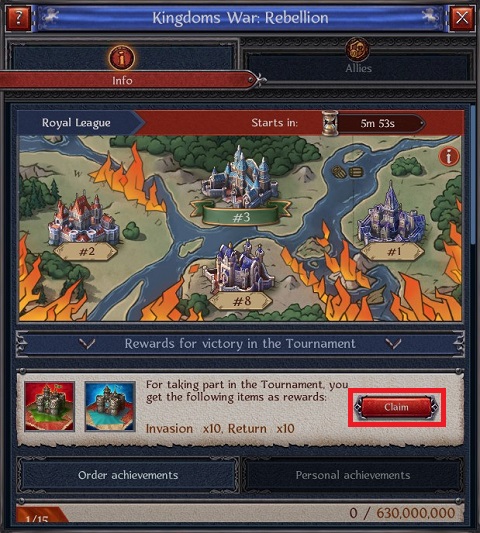 To relocate to another Kingdom, select a location there and apply the Invasion item.

When you have relocated your Town, a Shadow will remain in your Town's location in your home Kingdom. It will prevent other Lords from capturing your territory. You will be able to return your Town back to its original place after the Tournament is over or the Return item is applied. 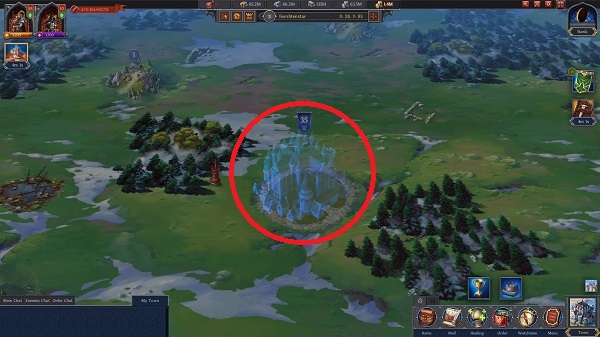 Using the Relocation and Runaway items allows you to move your Town within the enemy Kingdom. Activated Boosts, a Townscape, or a Reputation given to you by the King continue to have an effect on your Town after relocation.

You can relocate to another Kingdom by applying the Carriage item if the level of your Palace is 21 or higher. Once you have relocated, the new Kingdom becomes your home Kingdom. 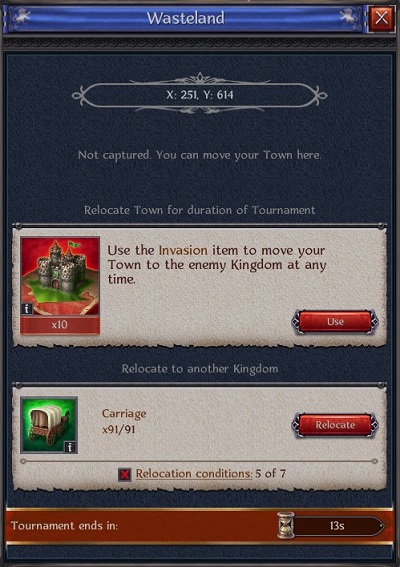 Please note: if you relocate to another Kingdom after the Tournament has been announced, you will drop out of the contest and will no longer generate points for your previous Kingdom and won't earn them in the new one. In addition, other Lords who attack your Town won't get points.