During the Tournament, every three hours, in one of the four participating Kingdoms in turn, the Rebels' Towers appear or a temporary bonus is activated.

Temporary bonuses affect all Lords in the Kingdom and increase the number of points received for a certain task. Bonuses cannot be repeated or be active twice in a row in the same Kingdom.

You can find information on temporary bonuses and other Tournament data in the Info tab of the Kingdoms War: Rebellion box. Here, you will also see an image that is divided into four parts, according to the number of participants. The Kingdom where the bonus is activated will be marked with a special pictogram. Active bonuses will be shown below the image. 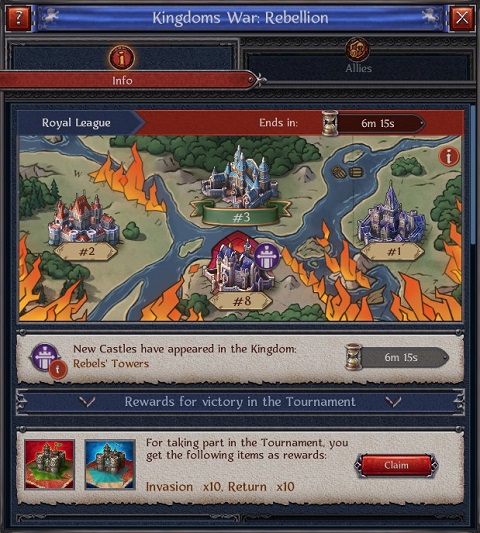 Rebels' Towers are Castles that appear only during the Kingdoms War: Rebellion. Rebels take refuge there, along with their resources. The amount of resources increases as you level up your Towers (there are 12 levels).

Important! Only Rebels' Towers of the same level can be in a Kingdom simultaneously. After Lords have yielded all the resources from them, Towers of a higher level will appear. However, it is possible to do this until the time for which the Castles remain on the Kingdom map expires.

Using the Outpost or mini-map, you can find out where the Rebels' Towers are situated.

Initially, the Rebels' Tower looks undamaged on the Kingdom map. After the first attack, it is destroyed, bursts into flame, and continues to burn until it disappears.

If resources remain in the Rebels' Tower after your troops have left it, the Castle can be attacked again. 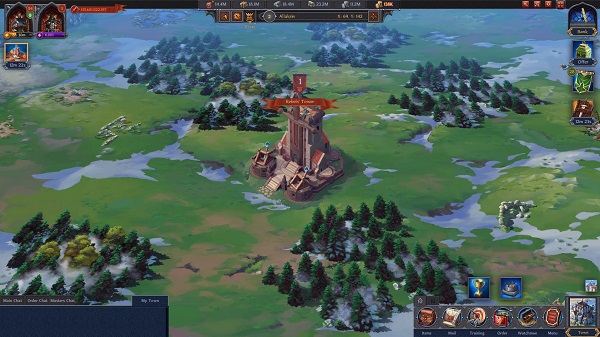 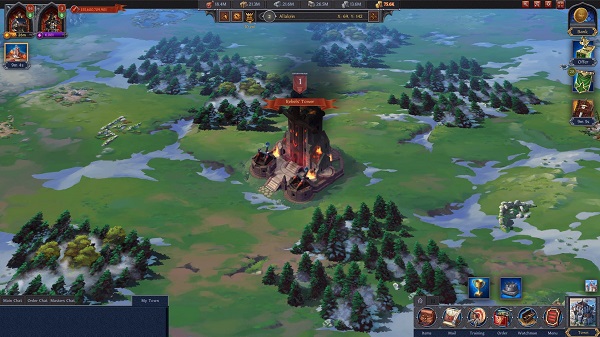 You can attack and lay siege to Rebels' Towers, and also send your scouts there. In your home Kingdom, you can also defend these Castles by sending your reinforcements to them. Lords in the same Kingdom as a Rebels' Tower are can send reinforcements there, regardless of the Castle's condition (undamaged or destroyed).

Only Lords who are members of an Order can attack Rebels' Towers and send reinforcements to them. Attacks on these Castles will bring you resources, Trophies of Arms, and Tournament points (even if the Rebels' Tower is in your home Kingdom).

On the Kingdom map, Rebels' Towers have a red marker showing the location level. For members of the Order that is holding the Castle, the Tower will have a green mark. In addition, they are able to see the Order's emblem, tag, and name. 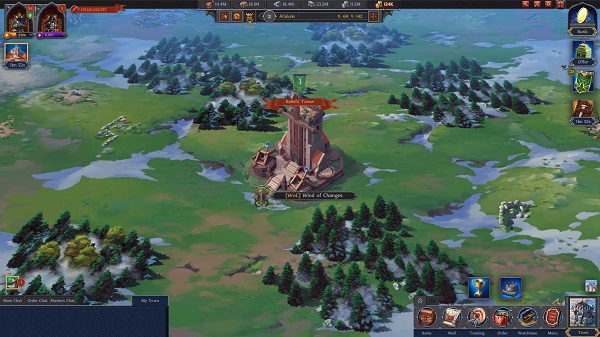