In this Tournament, participating Orders are divided into Isles Leagues.

In the Battle on the Isles, there are seven Leagues in total: the Seventh League is the lowest one, and the First League is the highest. The higher the League, the stronger the opponents and the bigger the rewards.

Orders that gain victory in the Battle on the Isles are promoted to a higher League, while the losers are demoted to the League below. Orders that don't participate in the Tournament stay in the same League.

If an Order participates in the Tournament for the first time, it starts from the lowest League, i. e. the Seventh League.

Phases in the Battle on the Isles

The epic Tournament lasts for 21 hours, but your Order only participates in it during the time period that was selected when your Order's application was submitted. Before and after this time period, Orders are put in waiting mode, in which they can relocate to the Royal Isles and attack other Lords. (These actions provide points for personal and Order achievements in this Tournament.)

Once the waiting period is over, the first Tournament phase starts, where one Order defends the Forts, and the other Order attacks them. Each phase consists of preparation time and an Assault period, i.e. the battles themselves.

At the beginning of the preparation period, a level is randomly assigned to each of the defending Order's Forts. A certain number of Isle Guards and an amount of resources appears in every Castle, as determined by the Fort's level.

During the preparation period, all Forts are protected by Inaccessibility. The defending Order can send reinforcements to their Castles, and the Order Master and Counselors can set traps there. Lords from the attacking Order train warriors and plan their attack.

By attacking the Forts, Orders earn points that count toward their main Tournament score.

Immediately after one phase is over, the preparation for the next one starts. At this point, the opponents switch roles: the defending Order from the first phase will be attacking the opposing Order's Forts in the next phase, and vice versa.

The phases will alternate until the time period that was selected for battles is over. After that, the participants will switch to waiting mode again until the Tournament results are announced.

Lords receive notifications about the beginning of each phase. 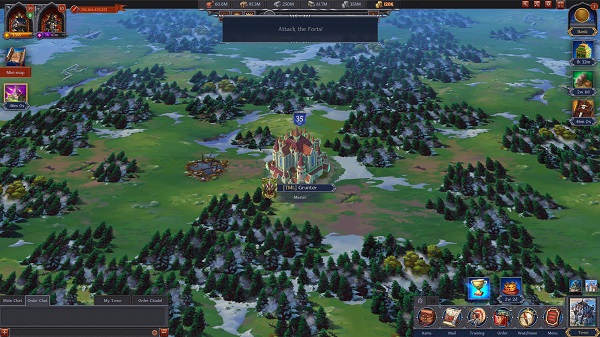 Forts are Castles that are located on the Royal Isles. Forts become available during the "Battle on the Isles" Tournament. Neutral troops — Isle Guards — and resources can be found there. 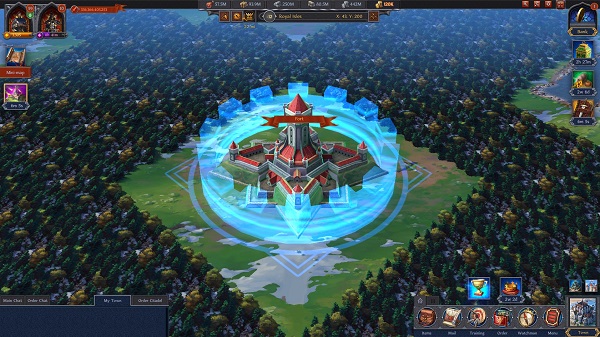 There are 30 Forts on the Royal Isles in total: six Forts for every pair of Orders that are participating in the Tournament. Forts can belong to:

All Forts are located in the depths of the Misty Woods. Lords' Towns cannot be placed in these lands and have an active Inaccessibility at the same time.

A Fort's level is determined randomly at the beginning of each phase. This level affects the amount of resources and the number of Isle Guards in the Castle, as well as the number of points the opposing Order will earn for destroying the Fort. Forts can have nine levels in total.

You can view a Fort's level in the Fort window during the preparation periods and during battles themselves. 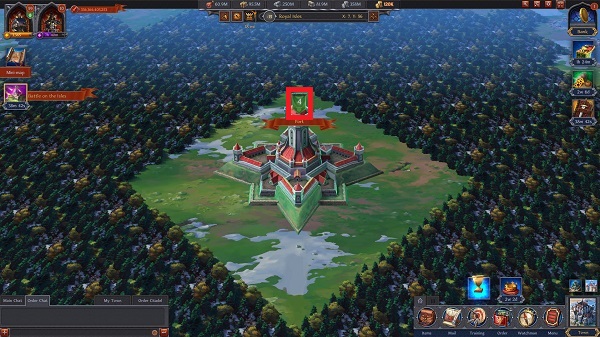 You can interact with Forts in different ways during each Tournament phase:

In each Fort, just as in other Castles, the maximum number of reinforcement troops is 50.

Successfully attacking Forts allows you to do the following:

A Fort can have one of two statuses: intact and destroyed. If a Castle is successfully attacked at least once, it catches fire. The defending Order cannot send reinforcements to a burning Castle.

The attacking Order can still send troops to a Fort that has been destroyed until the remaining resources run out. After that, it is not possible to attack the Fort or send Raids to it. 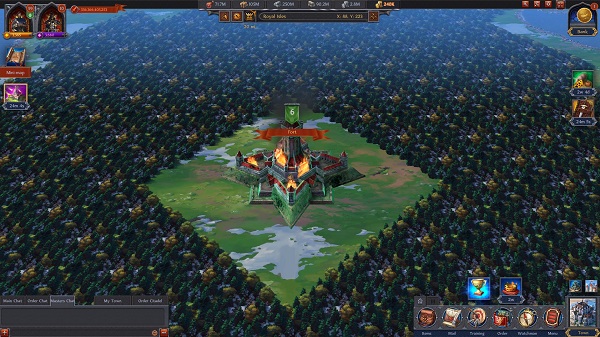